Please tell me that you’ve seen this show. I have a thing against reality television in general, however I must say that I’m pretty into this show. The star is Patti Stanger, who is a 3rd generation matchmaker in California. She’s fabulous. I feel a strong connection with Stanger, as I am also a matchmaker (I have a 100% failure rate, while she is actually successful).

Patti is intent on setting up wealthy men (an elite pool of millionaires only) with their future wives. No small task! She has a database of women (10,000 boob jobs – wow!) to set the millionaires up with. They must be interested in traditional, old-fashioned relationships and they must all have the following characteristics:

A perfectionist, Patti accepts nothing less than better to best. I’ve seen her interview women only to turn them down until they are armed with the following characteristics:

* Perfect makeup (she will not work with drag queens – such conviction!)

* Prude (yep – no sex before exclusivity – that is non-negotiable)

Stanger, unlike the quest for her clients, is not married. She has been with her boyfriend for 5 years and she is happy with the status quo (a la Goldie Hawn/Kurt Russel or Joy Behar/Whatshisname) – they enjoy being together but don’t plan to have children (right on!) and therefore don’t see any need to marry right now.

Why can’t millionaires in LA find women to marry? According to Stanger, they have lists of specifications and qualities that are incredibly unrealistic. Funny – I believe there are some men in Cosmopolitan City who are not millionaires but are exactly like that..... Stanger meets some total nut-jobs, but she tries her best to teach them how to date properly and temper their expectations. She believes that if a man expects to date a “Perfect 10”, he himself must be a “Perfect 10” both internally and externally. Good for her! Tell it like it is, Dr. Phil!

Although these men are presenting themselves as millionaires, Stanger refuses to work with gold diggers. This is the only flaw I can find in her logic – how would she ever know? Why would it even be an issue, as the men are using that as their most attractive quality?? They are in California, where most people are wanna-be actors – how could she tell who’s truly in it for love or who’s a dinner whore???
Posted by Carrie Blogshaw at 8:20 PM No comments:

Thought for the Day

"My life is spent in a perpetual alternation between two rhythms, the rhythm of attracting people for fear I may be lonely and the rhythm of trying to get rid of them because I know that I am bored."

*Note - this is no way reflects how I'm feeling in my current situation - I just posted this as food for thought. Thanks for your concern, though!
Posted by Carrie Blogshaw at 5:11 PM No comments:

now that we've found love what are we gonna do with it? 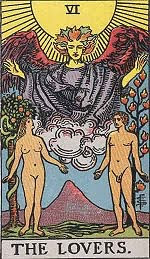 Gotta love the musical musings of Heavy D…… But seriously, now that I’ve found love, what am I going to do with it???!!!

Being in love is great, isn’t it? Surely, it beats not being in love. Not having had much experience in recent years of being in a loving relationship (more like loving getting out of weird relationships…), this is new and exciting (as well as slightly lapsed and somewhat scary) for me. Yes, I love the guy – so now what? Love is hard to quantify or define, so how do people know when or why they are in love? Dictionary.com defines love by the following characteristics:

* A profoundly tender, passionate affection for another person

* A feeling of warm personal attachment or deep affection, as for a parent, child, or friend

* A person toward whom love is felt; beloved person; sweetheart

* Sexual intercourse; copulation – whoa….. I’m pretty sure that men have managed to distinguish love from sex in many instances, no???

* A personification of sexual affection, as Eros or Cupid – awww – I should get G Spot to dress up in angel wings and take a picture. Of course, I will share it with you.

* Affectionate concern for the well-being of others

* Strong predilection, enthusiasm, or liking for anything – Anything or anyone?!

* The benevolent affection of God for His creatures, or the reverent affection due from them to God – don’t even get me started – this is NOT a religious blog.

* A score of zero; nothing – this is my love life we’re talking about here, people, not Wimbledon.

The website goes on to define synonyms for love, which I can appreciate:

* AFFECTION is a fondness for others that is enduring and tender, but calm

* DEVOTION is an intense love and steadfast, enduring loyalty to a person – I’m loving the word DEVOTION right now.

In a very timely article, Respected National Newspaper ran a love poll. The results of the poll were as follows:

Percentage of people who believe in “the one” – 26% of ppl aged 30 – 34 and 36% of ppl aged 50 – 54 believe in the concept of finding 'the one' – this really surprises me, as I have become rather cynical as I’ve aged. I am surprised that people believe in finding ‘the one’ in their later years, which could be after many years of dating... At the age of 54, having not found 'the one', wouldn't one be satisfied simply to find 'one' full stop???!!!

Similarly to the percentage of people who believe in ‘the one’, the percentage of people who believe in love at first sight increases with age, which is very interesting to me. I’ve become such a jaded woman, my goodness! However, luckily and thankfully, not so jaded to be unable to let love in. Where I once used to give death glares to couples engaged in enthusiastic PDA’s, I now smile in solidarity – I can relate. Lately, I’ve been wandering around Cosmopolitan City fueled by endorphins from having regular sex (yes!!!) with a face like a smiley emoticon and I love it.
Posted by Carrie Blogshaw at 8:17 PM No comments: 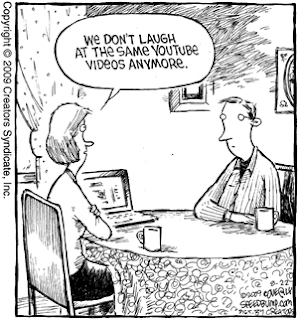 - Speed Bump
Posted by Carrie Blogshaw at 11:20 AM No comments:

Quote of the Day 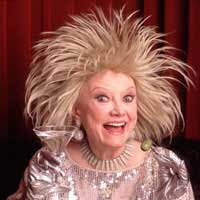 "Whatever you may look like, marry a man your own age - as your beauty fades, so will his eyesight."
- Phyllis Diller (my hero)
Posted by Carrie Blogshaw at 8:28 PM No comments: