Well, maybe it's not always Ahhh, maybe it's more like Uhhh... New sex is great - it's different and exciting. However, that is also what can make it anxiety-inducing and stressful. Having had new sex recently (yes!), I can attest to this. After many makeouts, I was so ready to get it on. The new guy, as yet unnamed, is smart, funny and extremely sexy. I was ready. Well, as ready as I could be, less the new nookie nerves.

This nookie rookie is pleased to report that all went well. Particularly, the second time around. Practice makes purrfect!
Posted by Carrie Blogshaw at 6:57 PM No comments: 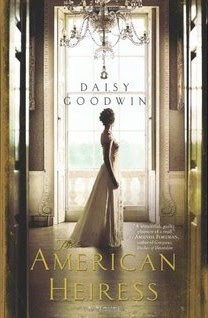 This month's review and giveaway is of The American Heiress, the debut novel of British author Daisy Goodwin. Goodwin, the daughter of a film producer and writer/interior designer and sister of a writer, comes by her craft honestly. The amount of research performed to enrich the historic storyline is impressive and she writes about British aristocracy expertly.

The story revolves around American heiress Cora Cash. Miss Cash is young, vibrant and charming. And very, very rich. When Cora comes of age, her overbearing mother takes her overseas to find a rich husband of title. Yes, this is how the wealthy dated in the late 1800's. Why did we ever change this practice?!

During her travels, Cora is rescued by a tall, dark and handsome man. Who happens to be a Duke. After a quick courtship, Cora becomes an American heiress of British title. An aristocrat. An aristoCash! Isn't life grand? Perhaps not, as she grapples to deal with her devious mother in law, the notorious 'Double Duchess' (known as such, as she managed to score not one but two husbands of title in her time). Will she relinquish her hold over the manor for the dazzling new duchess? Will the Duke's former lover, the gorgeous yet guileful Charlotte Beauchamp, walk away with grace or give Cora a run for her money?? Will the trappings of British formality and custom be too much for Cora to contend with???

This book is a total page-turner. The storyline is incredibly compelling. Goodwin sets the tone and leaves no detail amiss when delicately describing the particulars of daily life towards the turn of the 20th century. Drama, deception, romance and heart-wrenching heartbreak - this tantalizing tome has it all and is the perfect book to curl up in front of the fire with this winter.

The giveaway: For a chance to win a hardcover copy of this book, please visit my new website at www.carrieblogshaw.com
Posted by Carrie Blogshaw at 7:38 PM No comments: 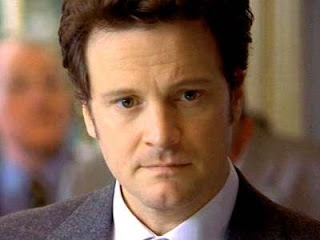 Over the past few months, I have been unsure regarding what lies out there for me in the realm of romance. I have wondered if I will stay single, go on to meet Mr. Right, or go on to meet Mr. MaybeThisIsn'tRightButItsWhatsOutThereForMe. Right.

Today, I was stirred and surprised to find that the local womens television network was showing Bridget Jones's Diary. Again. This was great, because I'd only seen it 127 times and hadn't memorized all the lines yet. Now, I have. This movie has always tugged at my heartstrings. By that, I mean that I am in floods of tears by the end of the film, desperately longing to find a lover like Mark Darcy. How fabulous would it be to be with a man who will buy you a new journal so that you can record new, happy events from the start of your relationship? Who would give up a pricey post in a new city to remain with you in yours?? Who would look at you lovingly while you whip up a disgusting dinner of blue string soup and congealed green gunge???

My hope has been renewed that maybe, someday, I will go on to find my Mark Darcy. Who will find my antics amusing. Who will love my wobbly bits. Who will wrap me up in his overcoat as I run to him (sporting seasonally inapropriate attire) after a major misunderstanding in a busy, snowy street.

Daniel Cleaver? Been there, done that. Mark Darcy? Don't mind if I do!
Posted by Carrie Blogshaw at 8:31 PM 1 comment:

Ahhh, the physical pain that acts as a rude reminder of how long it's been since you got some...

After a particularly arousing makeout session with the current dreamy guy, I woke up the next day with aches and pains all over. Where were these aches and pains, you wonder? Well, my arms and shoulders were sore (from supporting myself from not falling into him, which might not have been so bad...), I had a crick in my neck from where we fell asleep with our heads together (awww...) and I had tremendous inner thigh pain (from squeezing his sexy bod between my legs). It was stimulating. It was exciting. It brought me out of my sexual coma. Yes!

Trainers say that the best way to beat muscle aches and pains is to continue the exercise. Done. And let me say - the pain is good!
Posted by Carrie Blogshaw at 11:17 AM 2 comments:

I have no choice other than to quote The Lovin Spoonful:

So, this is where I'm at. After being back on the scene a short while, I have met a guy who's definitely dreamy. We have gone on a few dates, so it's still early days, but I am interested to see what will happen. Sounds great, right?! Are you thinking there must be a catch? Well, of course there is. I had noticed that another suitor was becoming increasingly interested. When out the other night, he revealed his crazy crush. This crushed me. Why now? Where was he one month ago, before I'd met the other guy? Where had he been 4 years ago when he had the chance? Both guys have great qualities and are fun to hang out with. Why are they here at once? Where were they during the many months of solitary singledom I had to endure over the past few years?? Why am I so confused???

I know that multiple dating is a common occurrance. I think it's great that people can juggle many suitors. I, however, prefer to focus on one person. What if dating gets more and more serious? I don't like the thought of kissing more than one guy at a time. I don't like the thought of having to learn the life stories of more than one person at a time. What if I end up confusing Dude 1's stories with Dude 2's?! I'm not sure how far people are taking multiple dating these days, but I would certainly not be able to sleep with 2 dudes at once. Well, you know what I mean. Ew.

Is this my fault? During my unpleasant period of unemployment this summer, I asked the universe for abundance. Um, universe, I meant in terms of career options! Abundance, as it relates to sexy single men, is fine with me. However, I like it to be sequential or successive, not prompt and plentiful!
Posted by Carrie Blogshaw at 10:13 PM No comments: