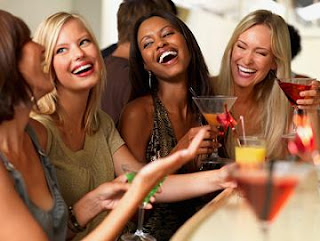 Men are like laxatives.
They irritate the crap out of you.

Men are like bananas.
The older they get, the less firm they are.

Men are like weather.
Nothing can be done to change them.

Men are like blenders.
You need one, but you're not quite sure why...

Men are like chocolate bars.
Sweet, smooth, & they usually head right for your hips.


Men are like department stores.
Their clothes are always 1/2 off!

Men are like government bonds.
.... They take soooooooo long to mature.

Men are like popcorn.
They satisfy you, but only for a little while.

Men are like snowstorms.
You never know when they're coming, how many
inches you'll get or how long it will last.

Men are like lava lamps.
Fun to look at, but not very bright.

Men are like parking spots.
All the good ones are taken, the rest are handicapped.
Posted by Carrie Blogshaw at 7:41 PM No comments:

News of wrecked romances dominate the headlines in Hollywood. The amount of cheating that’s been going on since the golden age of entertainment can’t possibly compare to the insane amount of philandering that’s happening now. Lately, we had the David Letterman scandal, followed closely by the Tiger Woods scandal. Aterwards, Jesse James. Now, Larry King. For f*ck’s sake, even Larry King can get it whenever he wants it. Jeez!

Now, I take issue with the convenient excuse of these cheeky cheaters suffering from “sex addiction.” Riiight. I do believe that it must be really hard for famous men to resist the temptation of hot, young girls (or even semi-hot, older women) throwing themselves in their direction. It must be tough. However, if it’s so easy to give in to temptation, then why are these guys getting married? Perhaps, if they are going to be surrounded by hotties all their lives, they should just go for it and forget about commitment. Even Hugh Hefner agrees and has been quoted as saying “...this whole idea that it’s a sex addiction is a cop-out.” When Hef’s not supporting that notion, you know it’s crap!

Let’s put this in terms that I can relate to. I will admit to having a weakness for, if not tall, dark & handsome men, then definitely, shopping. Let’s say that every time I left my house there were throngs of beautiful shoes, handbags and dresses waiting for me… I have a penchant for such things and would likely find it difficult to walk past the temptation all the time without eventually giving in. I’d be the best dressed b*tch on the block…

Ladies, do you think it’s possible for a man to be faithful throughout an entire relationship? If women like Princess Di, Elizabeth Hurley and Sandra Bullock can’t keep a man’s attention, can we?

Men, is it out of the realm of possibility to be faithful to a woman within a committed relationship for its entirety? Are these famous philanderers exceptions to commitment or is Tiger’s woody simply famous because it got caught?!
Posted by Carrie Blogshaw at 8:28 PM 1 comment:

Out of sight, out of mind? 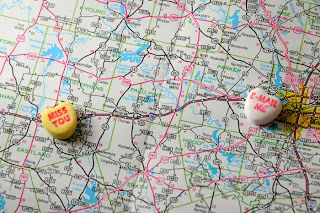 Nope! Look at us grow! Yep, my worldly lover, G Spot and I took a mini break together to the beautiful, exciting, expensive and expansive city of New York. The trip involved a lot of careful planning and itinerary-arranging on my part (apparently this is an area of great challenge for most men...), but it was well worth it. Knowing that we can travel together without incident (or insolence) is a nice lesson learned. Phew!

After our successful city tour, I continued on to a week long vacay with Ward and June at Shady Pines in Sunny Southern State. It was a fabulous and much needed vacation, especially considering the copious amount of careful planning and itinerary-arranging that I had been up to for weeks before... Now, G Spot and I have been separated by vacations before, but this time was really tough. After a few days of soaking up the sun by the pool and checking out the sad state of silver foxes driving bright red, convertible Mercedes while checking out their neighbours daughters (ew!), the pangs of absence became pronounced. Things worsened throughout the remainder of the trip. By the last day, although the thought of having to leave to go back to real life was dissatisfactory the thought of not being able to connect with my G Spot for another day (I know, I know!!!), was too much to bear.

Contrary to many of my past dating experiences, I was actually looking forward to seeing G Spot when I returned. We had a nice reunion at the really romantic airport terminal (where I was sweating like a whore at customs trying to smuggle all my vacay loot into Cosmopolitan City) and great sex afterwards, proving that not only does absence make the heart grow fonder, but abstinence makes the heart grow fonder, too!
Posted by Carrie Blogshaw at 8:57 PM 3 comments: