How Many Women Does It Take To Date One Man?

No, there is no punchline, because this is not a joke!

If the guy I'm currently dating only knew how many women he's actually dating, he'd be quite the self-imagined stud. I admit that the current state of our 'relationship' is confusing. I admit that I played a part due to a lack of communication and initation. Now, I am left wondering where we're at. Still, I am wondering if it's even crossed his mind.

So, who is he dating? Well, besides me, he is dating my best mates (both married and single, gay and straight), my mother, my brother, my aunt and even one of my neighbours. If that isn't enough, he'd probably be surprised to know that he's also having a relationship with my therapist, my reiki master, my physician and my boss. Who is he not having a relationship with? Me!

Master Of My (Dating) Domain 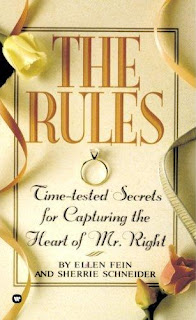 For women such as myself, why do we allow this? We take charge to get what we want. When we want it. We won't take no for an answer. Why, then, do we allow our precious dating lives to rest in the hands of men? Why do we give them the power?

Men: It seems as though you want to date women. It certainly seems that you want to have sex. Some of you seem to want to have sex with one woman exclusively. Why, why, why doesn't it occur to you to make it a sure thing? Once asked, many guys seem to think it's a great idea.

Women: What are the rules around this? Are we supposed to initiate the dreaded discussions?? Do we continue to hold out hopefully and wait for our men to start these super-important sermons??? 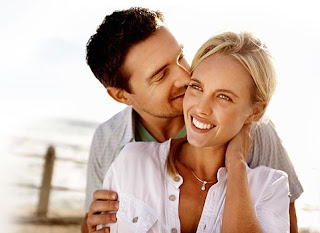 This week, I am pleased to announce that we have a special guest post from online dating expert, Elizabeth of WeLoveDates.com. Though I've been around the block a few times, I do not have the sage and sound advice of this dating doyenne. Read below for her amazing and advantageous advice:

We Love Dates is an online dating website & dating advice blog for singles in the UK, Ireland, US, Canada, South Africa & Australia. Liz blogs (and vlogs!) daily about all things online dating, love, sex and relationships

What Men Aren't Looking For
There are articles among articles about what Men are looking for, how to be the kind of girl he wants, how to make him fall for you, yadda yadda...but what about the things that drive him away faster than you can say “commitment”? I like to think that We Love Dates has taught me a few things about men (here's hoping), so here are a few things Mr. Right is NOT looking for.

Looks, but no brains. Initially, men are attracted to physical qualities of a woman-it's biology. But while your looks might be enough for him to approach you, it's not enough for him to stick around. Contrary to popular belief, men want more than just a pretty face or arm candy. They want to be able to actually talk to the girl they're dating...novel idea, right?

A Cage. One of the main reasons why so many men are notorious commitment phobes is because they associate being in a relationship with being trapped in a cage and the end of all their “fun.” Good-bye drunken afternoons spent watching the game with the guys, hello Saturdays at the mall holding her purse. When you force a man to change his life, he feels trapped-sooner or later he'll resent you for it, and run for the hills.

Marriage and babies...at FIRST, at least. There are women who have one thing on their mind-a sparkly diamond ring and a bun in the oven. Ok, that's two things. These women are husband hunters, and a man can smell the desperation from a mile away. Some women start talking about getting married on the third date...and then they wonder why he never calls again. Guys want to let nature take it's course and would rather wait a bit longer to be certain it's right than jump into anything. Plus, he wants to know if you genuinely want him, or if you just want someone.

Another Mom. When you start nagging...telling him what to do...being all around needy and questioning his every move, he will begin to associate you with momma. And there's nothing sexy about being in the same category as the woman who birthed him. Awkward...
Posted by Carrie Blogshaw at 6:09 PM 1 comment: