Usually, I would start off saying 'this sort of thing can only happen in America.' This time, I'm saying 'this sort of thing happened in Canada.' What's the deal? Here goes...
According to the Saskatoon StarPhoenix, a man, Glenn Kroeger, was 'deeply depressed and drinking heavily when he fired a rifle at his wife Sylvia inside their rural Saskatchewan home on the morning of January 3rd, 2011. The .22-calibre bullet struck their bedroom door so close to her head that she felt fragments strike her face.'
The first problem? Well, they live in Saskatchewan. Rural Saskatchewan.
The second problem? A husband trying to shoot his wife. In the face.
The real problem? Sylvia, the poor fool who obviously suffers from low self esteem, told the court that the "frightening event did not spell the end of their 21-year marriage." Scary! She went on to say "this incident is completely out of character for Glenn," telling the court she believes her husband was suicidal at the time. Too bad he didn't turn the gun on himself. Jeez.
Apparently, "He is not proud of what happened, obviously." Awwww, bless...
Ladies, this is f*cked. This kind of behaviour is never to be tolerated, no matter how mentally deficient your partner is. I mean, really... A couple who own a glue gun? Handy. A couple who own a caulking gun? Really handy. A couple who own a stun gun? Good for an emergency or intrusion. A couple who own a hand gun? A couple of lunatics!
Posted by Carrie Blogshaw at 8:20 PM 1 comment: 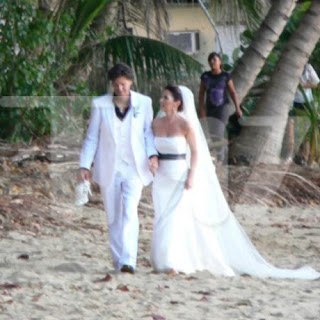 Oh yes she did!
TMZ has just reported (so we know it's true) that Shania Twain has gotten married. Again.
Twain was first married to philandering music producer Mutt Lange, who divorced Shania after cheating on her with one of her friends. That don't impress me much...
So who did Shania The Great (I love her) go on to marry this time? She just did the 'do' with Swiss business exec (mmm...) Frederic Thiebaud. Who is this, you ask? Why, he's the husband of the woman who cheated with her husband. Ha! This will go down in history as one of the greatest revenge romances of the century, if not ever!
Posted by Carrie Blogshaw at 7:46 PM 2 comments: 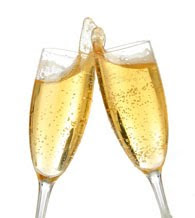 * I'm going to have a heart attack